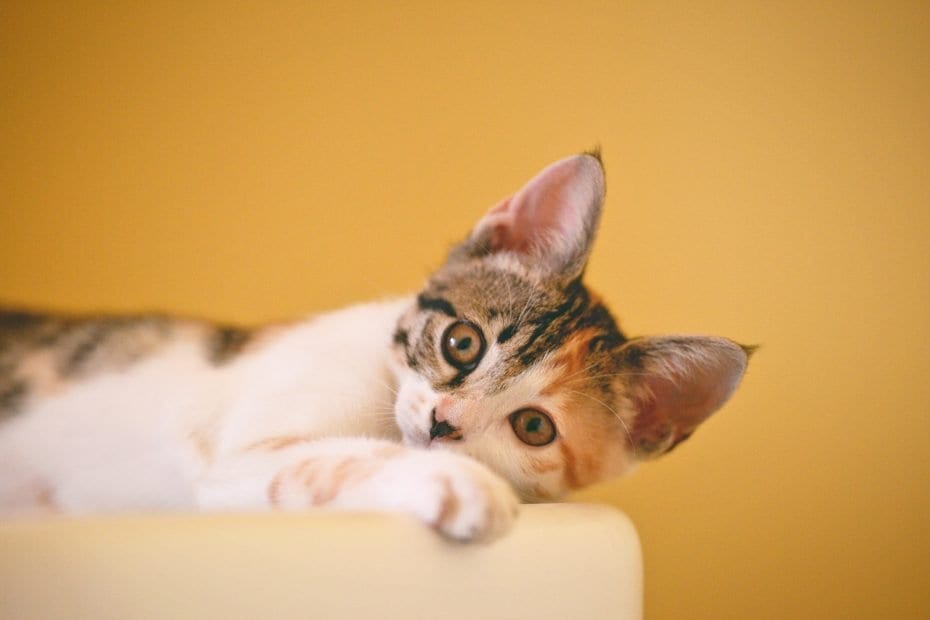 If you are like me, chances are you had pets pretty much your entire life growing up. I was so spoiled in that sense.

We had hamsters, rabbits, dogs, guinea pigs, pretty much everything under the sun including a cat as I got older.

But there are so many things that just don’t really hit home until you actually own a pet. And while my parents did say a lot of these things, they were still a huge shock to me when I adopted my cat, Phoebe.

So let’s deep dive into the eight things I wish my parents would have REALLY explained to me before I got a pet of my own.

(One last disclaimer, the majority of my reasons will speak more to cats and dogs, less to the hamsters and guinea pig owners. This is not to discredit anyone who owns these adorable critters).

Alright, this is one that yes my parents told me time and time again. But as a kid, I never really got it.

I remember when we first wanted a second dog. My mom said no because they are a lot of work. My brother and I PROMISED that we would take it for walks in the morning, and feed it, and brush it.

Naturally, the animal lover that my mom is, caved. And we brought home a new puppy. But did we do all the things we promised? Kind of. We would take the dogs on walks, when we felt like it. And we would feed the puppies at night…usually because my mom reminded us.

What we forgot as kids are all the times that you don’t see. The 3 am wake up calls because the puppy needed to potty. Or the 2 am meowing of a new kitten who is scared and wanted some pets.

Kids get the fun part of owning a pet. But once you are an adult, you get all of it. Sometimes even the not so fun parts…which leads us to the next bullet.

The first 30 days are the best…and the hardest

We all know the excitement of deciding to adopt. You pick out a cat, you take them home get everything settled in.

As kids, all we wanted to do was play with the new puppy and kitten. We would throw the ball, or play with yarn. And then, we would walk away.

The first month of owning a pet was magical when you’re a kid. You wake up to a new puppy and it’s a shiny new fun thing for you to play with.

What kids don’t see is the really tough part I got to experience with my first cat. That is the accidents for puppies, the wake up calls (already touched on that earlier). And if you were super lucky like me, you got the diarrhea and medicine from sick kitties.

All of this was happening while you are trying to bond with your new furbaby and get them settled into your home. And especially if it is your first real pet, the questions are endless! (But hey, that’s why you have me!)

They really do become like a child to you

I need to preface this section before I got too far in and say this, I loved my pets growing up. I seriously loved them and they were my everything.

With that said, you don’t get the love you have for a pet until it is yours. And I mean all yours.

When I brought Phoebe home, it was like I knew what love was for the first time. This little breathing thing was my everything!

And while it is probably different if you already have kids because you went through it already, there is something different when it is just you.

But even to this day, the love that I have for Phoebe, as well as my other cats, is just so strong. It’s nothing like when I was a kid. I loved my pets, but now my pets all have a piece of my heart.

AND now I’m tearing up so we need to move onto the next one.

>> You May Also Like: The Most Common Questions For New Kitten Owners 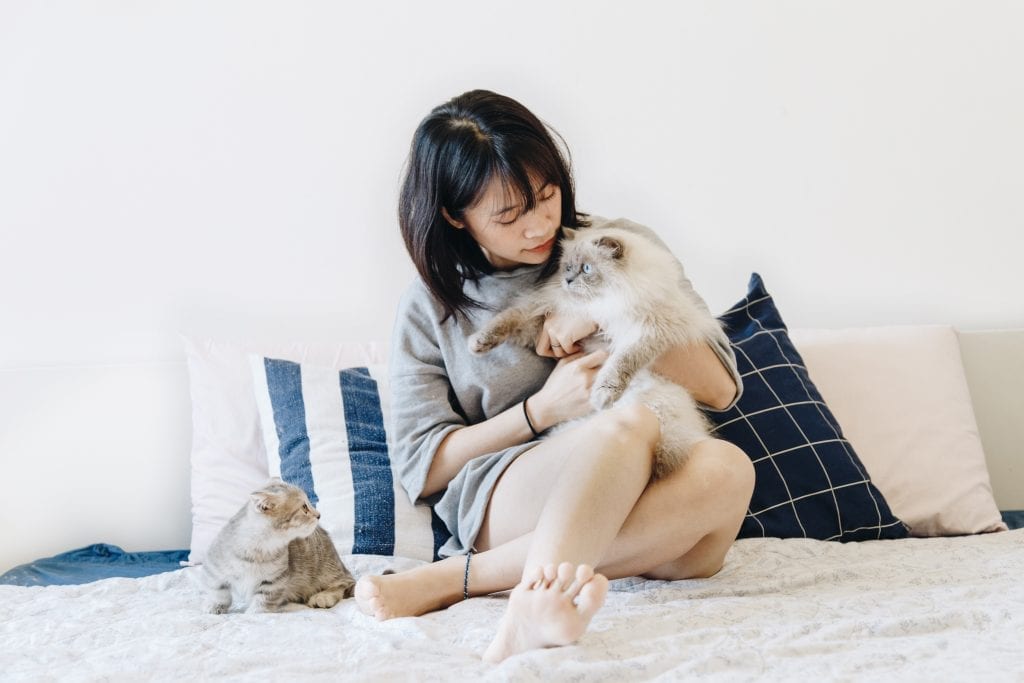 Yeah, parents always would tell me how much a pet would cost when I said I wanted to adopt a cat.

And I was blindfully naïve to the actual costs. I had a basic idea of adoption and food and the fun stuff.

But there is so much more that goes into owning a pet, even adopting a pet.

Luckily, I was at a place financially where I could afford the pet(s). But sometimes I almost wish I had been given an estimated monthly total spend before I had adopted.

Not that I would have waited, but it would not have come to such a shock in that moment.

The other thing we often forget about are their vet bills. We don’t worry about that as kids. They go to the vet, stay healthy and come home. The bills can hurt!

Especially if your little furbaby is sick and needs something like surgery. If you don’t have money saved up, it can be a scary feeling.

>> Spoil Your Kitty With Their Own Cat Bed

Pets require attention, even when you don’t want to give it

I swear I feel like my cats can read my mind. Because as I was typing this one out, I currently have a kitten meowing at the garage door. Why, you may ask?

She’s bored and wants me to take her out to the garage for her to explore.

Cats and dogs require attention. At its not just when they are looking adorable. You want to make sure you dedicate attention to you pet nearly everyday to keep them happy and healthy. To them, you are their world.

Besides the cat/dog TV (birds and squirrels) they really don’t have a lot going on in their lives. It’s important to remember that when you want to adopt.

Just like in my case, right now I am writing a post. But after I get done with this, I will most likely have to take the cats out to the garage to play, or in the very least give them some attention.

And if you are like Wobbles, sometimes that attention even comes at 2 am. (She’s lucky she’s so dang cute).

You will stress out about your pet

Remember how I said your pet will be like your child? Guess what else that entails? All the worries too.

When you’re a kid, you look to your parents to make sure your pets stay healthy. You also don’t worry about all the things that COULD be wrong with you pet.

They are with you, and playing and as long as that is happening, kids don’t think twice.

As an adult? I feel like I am constantly worrying about my pets. ‘I haven’t seen Phoebe in a while, did she get out? Oh no, there she is.’ ‘Zoe’s been crying for attention a lot, have I given her enough attention? Could she be sick?’ ‘Wobbles has been sleeping a lot? Could another seizure be coming?’ And so many more.

I worry all the time that my cats are in the house and safe. My brother worries about his dog in the same manner. I remember his dog threw up and was having diarrhea. The puppy ended up drinking some pond water that upset his tummy, but my brother was worried sick all day.

As kids, we would just be asking when the dog would be feeling better and go on about our day. Now, we get the added bonus of worrying.

>> Keep Reading, Why Does My Cat Meow? 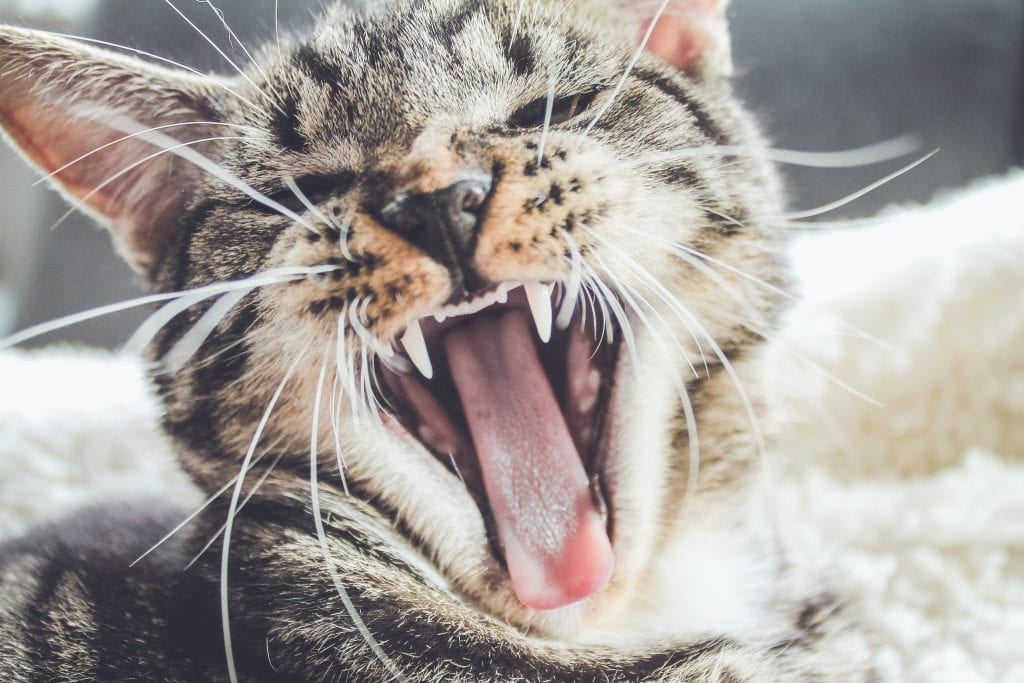 The goodbye’s don’t get easier

Here’s a real bummer one to tell you. But it’s true, saying goodbye to a pet doesn’t get easier as we grow up.

In fact, it may even get harder because we love them so much more.

We only have a finite amount of time with them on this Earth. And while that doesn’t make it any easier, hopefully it makes the times you do have with them even better.

That is something I wish my parents would have warned me about. I don’t know. Something about when you’re a kid, you think as an adult you won’t be sad or scared. But we were so wrong.

It’s totally worth it

When we want to adopt a pet, chances are parents tell you all the things to be careful of. I mean hey! That’s their job, right?!

But one thing that often gets forgotten is how much it is worth it. There is really just something about the bond between you and your pet.

It is you two against the world, and they adore you with every ounce of their heart. And really that is what makes the costs, the attention, all of the hard times worth it. Even knowing you have to say goodbye at some time.

When you think about the life your pet could have had without you, really all the stuff you wished your parents warned you about are forgotten.