What You Should Know About Serval Cats 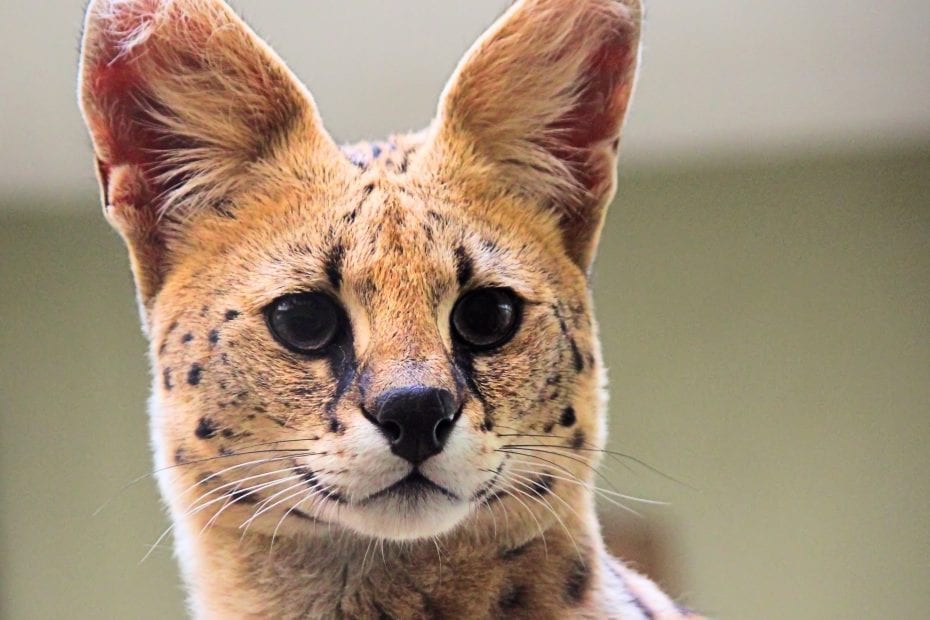 Continuing on with our cat breeds is one that I found extremely interesting!

That breed is Serval Cats!

This was a cat that was requested by a reader because they were debating getting one. So, I am mixing it up a little bit today.

I will still mention the history and lifespan of this breed, but I also wanted to dive a little bit deeper into topics that I noticed a lot of people were asking questions about.

What Are Serval Cats?

So let’s start with probably the most searched topic when it comes to Serval Cats…what are they?

The Serval Cat is a wild cat native to Africa. They are gaining popularity in people who have a desire to own exotic pets.

While these cats have been known to be owned as pets, they are still not considered domestic animals.

The Serval Cat is a wild animal that has been moderately domesticated to the point where they have the ability to be a pet.

There are, however, a lot of restrictions around the wild breed. Many states do not allow these cats to be owned as pets.

I saw that questions asked a lot.

And there’s a valid reason for that question. They are a wild animal.

They have wild animal instincts and are not considered domesticated.

So with that, I will answer the question with what everyone hates to see, it depends.

Unfortunately, that’s the truth. The danger of the serval cats depends on the owners, the cats, and it’s surrounding.

If you take the time to learn about what a Serval Cat needs, give them the proper surroundings, and do your homework, Serval Cats can be very friendly pets.

However, if you try and treat Serval Cats like normal domestic house cats, then yes, there is the possibility of danger.

They are recommended to not be around other domestic cats and small children as they do still have their hunter instinct. If someone puts a Serval Cat in with other animals, then yes they could be dangerous.

At the end of the day, the danger behind this breed is simple, it depends on the environment you put them in.

>>> You May Also Like: Everything You Need to Know About Bengal Cats 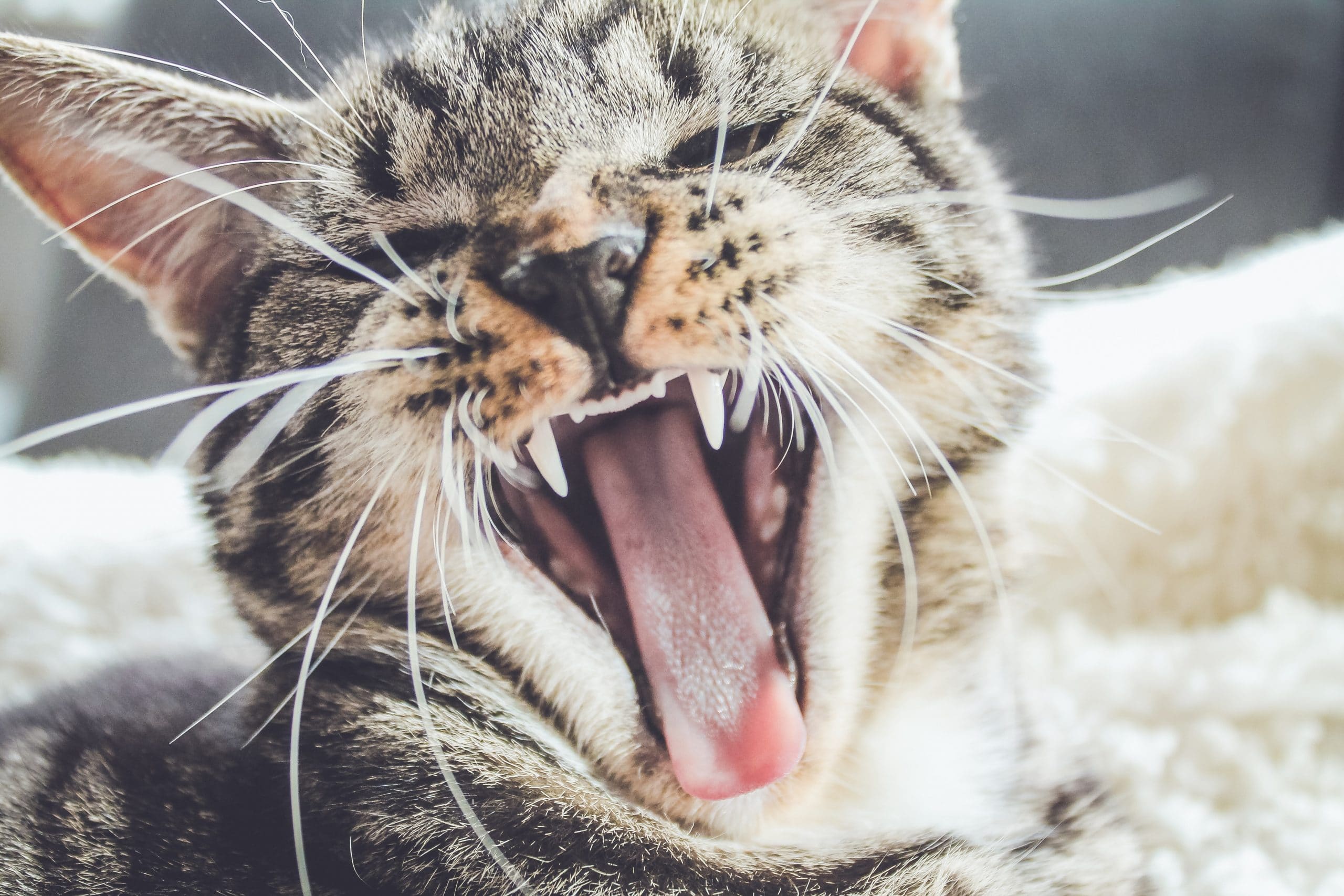 Let’s talk about some of the defining characteristics of Serval Cats.

This breed is a slender, medium-sized cat.

They usually stand about 21–24 in at the shoulder and weighs 18–40 lbs depending on the animal. Females always tend to weigh on the lower end of the scale and males on the mid to upper portion of weight, much like humans.

Males tend to also be sturdier than females.

Some defining characteristics include the small head, large ears, spotted and striped coat, long legs and a black-tipped tail. Interestingly enough, the Serval has the longest legs of any cat relative to its body size.

How Long Do Serval Cats Live?

Serval Cats usually live to be about 22 years old, which is older than most domestic cats who live an average of 15 years, with a max around 20.

The answer to that is, it depends.

These special animals are not your typical lap cat. Sure, they can be affectionate and are normally not aggressive to humans, but remember that this is still a wild animal.

They also are known to not do well with small children and can be finicky with other pets.

Serval Cats are also known for playing hard. They definitely need the proper toys and abilities to play to get their energies out. They are considered wild undomesticated animals, and many legislation restricts their ownership in several U.S. states and other countries.

If you are someone who has the ability to get the energy out of the serval cat with plenty of room to run, they could make a good pet for you.

Just remember you will not want to have small children and animals around them. 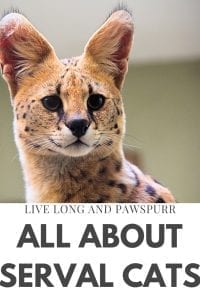 The serval cat are originally from Africa.

The tall grass and bushes help camouflage this cat so they can sneak up on their prey. They are known to resemble cheetahs and they typically hunt where they can hide and stay near water.

Luckily, this cat breed are also not on the endangered species list.

Serval cats are agile jumpers as well as experienced diggers because of their long legs.

They make a variety of noises or vocalizations: a high-pitched cry to call others of their breed, growl, a spitting noise, purr, and more. A lot of the noises that serval cats make are similar to that of a domestic house cat, of course without the meowing.

But as you know, adult cats only meow to communicate with humans, so wild Serval cats are unlikely to meow unless they are domesticated.

Serval cats have been kept by humans since the ancient Egyptians and are depicted in their art. However, they are not considered domesticated.

Breeding stock arrived in the U.S. over a century ago and you may find serval cats that are many generations removed from African imports.

Even such domestically-bred Servals are subject to restrictions on the ownership of wild cats and exotic animals.

Breeders have also been crossing serval cats with domestic cats to produce hybrids, such as the Savannah. A Savannah might be a better option than a this breed if you like the look but need a tamer cat that is easier to care for.

Can You Have a Serval As A Pet?

They are probably the closest cross we have to domestic and wild animals. While some people have no issues with them as pets, you want to make sure you have done all your research prior to adopting a Serval Cat.

This wild animal can be loving and sweet, but make sure you remember its still a wild animal!

1 thought on “What You Should Know About Serval Cats”