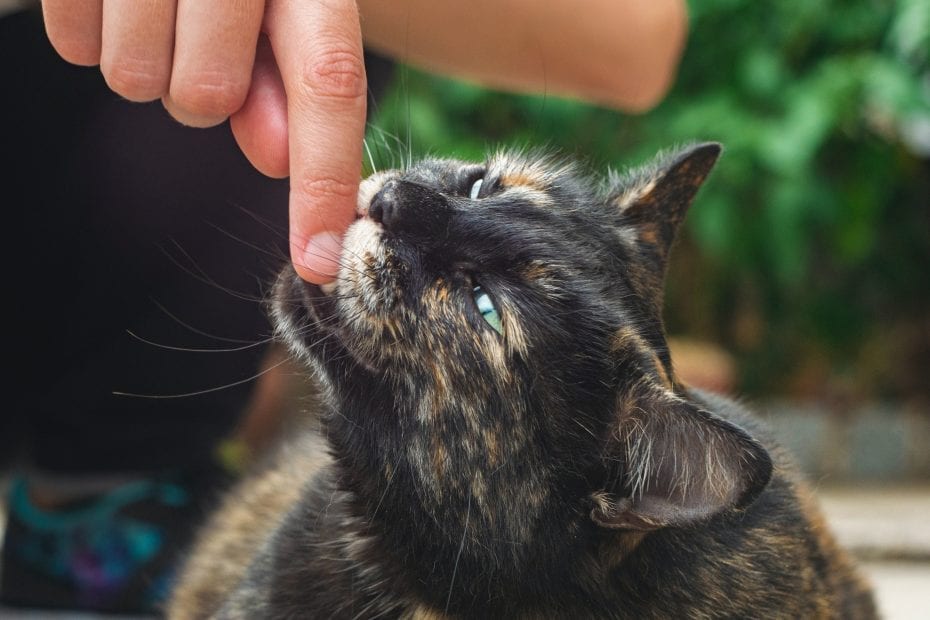 If you are anything like our household, then you know your food is never truly safe from your cats.

First, they want to smell it, and then there is a chance they feel that they need to taste it as well. And while it is cute sometimes, it is important that what they are “tasting” is actually safe for them to eat.

So if you are snacking on some tasty beef jerky and your cat starts to walk up to you in their need to “check it out”, you may be wondering if this treat is okay for your feline friend.

In short, cats can eat beef jerky on rare, special occasions. Beef jerky is high in sodium and can lead to sodium poisoning in cats. Beef jerky can also lead to dehydration, fluid buildup, kidney damage, and choking in cats.

While your cat may enjoy the taste of beef jerky, it is not smart to share it with them on a regular basis.

And while most beef jerky is not extremely toxic to cats, a lot of beef jerky flavors are made with additional seasonings and flavoring. These flavorings alone can be harmful to your pet. Have you ever seen garlic beef jerky? Even more harmful than the rest of the flavors, garlic has been toxic for cats – and even lethal in some cases.

What Happens If My Cat Eats Beef Jerky

Sometimes you are happening upon this site AFTER your cat has already snuck some beef jerky into their mouths. If your cat eats beef jerky, there may be some harmful side effects depending on how much you give them.

In general, if you give your furry feline a small sampling of beef jerky, they will likely be fine. Though it’s high in sodium, and the other ingredients are not great for feline digestive systems, a tiny piece wouldn’t do too much harm. Keep in mind, however, that kitty might enjoy it! You may also want to make sure they have plenty of water since the sodium can cause dehydration.

If you are worried about your cat sneaking more and more bites, its best to not give it to them at all. Because if they do like the taste of it, chances are they are going to want more. And while they are cute when they beg, beef jerky is not something you want to play with.

What may seem like a few innocent beef jerky treats, then, could lead to many more severe health complications. Because of the high sodium, too much beef jerky can lead to dehydration and, in extreme cases, permanent kidney damage.

If your cat is a master manipulator, don’t even try to give them beef jerky. Some things they are just better to not know about.

So wait, cats can eat beef jerky, but if they eat too much it is bad? What does that mean?

If a cat consumes too much beef jerky in one sitting, they can, unfortunately, face lethal consequences. Beef jerky is laden with sodium and preservatives. While human bodies can handle an overload of salt, cat bodies are much more sensitive to it. If a cat eats too much of this sodium-heavy treat, they can become severely dehydrated. The sodium overdose can lead to swelling of the legs and unbalance; it can also lead to permanent kidney damage.

And if they can’t hydrate themselves and process the sodium in a timely manner, it can result in death for the cats, or an immensive amount of vet bills.

For some cats, like older ones or those with other underlying health conditions, too much sodium could even lead to death. 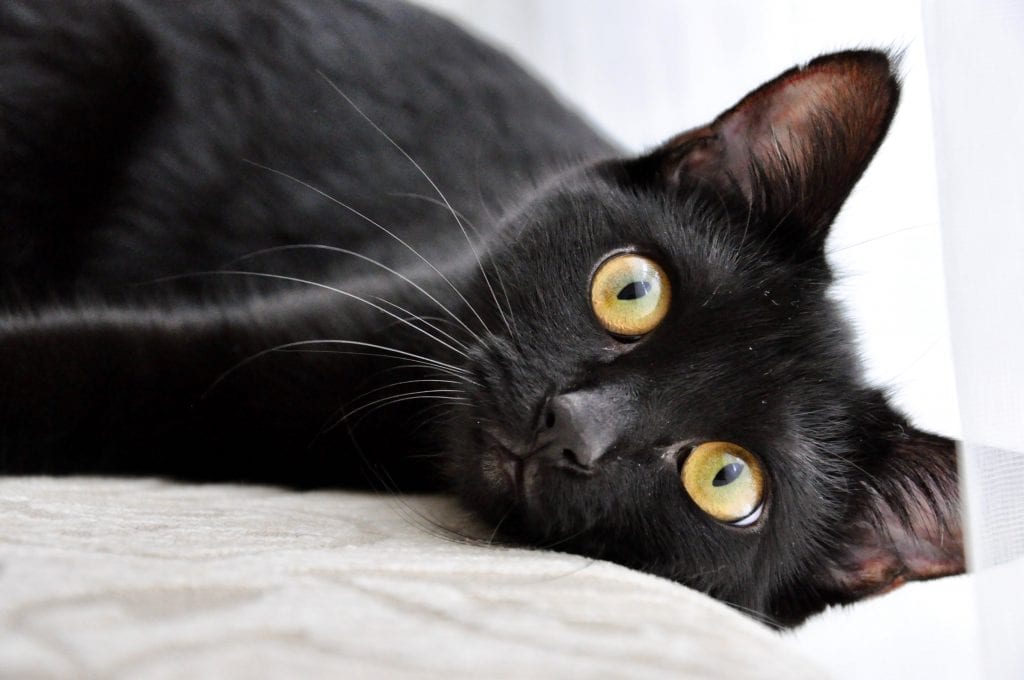 We talked about how some flavors are “safer” for cats than others. Like garlic flavors are a strick no go for cats.

But what about teriyaki?

Teriyaki beef jerky is generally not a good treat to feed a cat.

Though small doses might be more or less harmless it’s not a good habit to get into.

The immense amount of sodium in beef jerky is bad for a cat’s digestive system, for starters. Also, the added flavors can affect a feline’s health. While teriyaki is among the less harmful flavorings, one of the most destructive ones is garlic, which is very toxic to cats!

So cats are carnivores. But they can’t eat beef jerky because of the sodium. So what about just dried beef?

In general, cats can theoretically eat dried beef – although too much is not good for them!

These tasty snacks were created for humans and not designed with cats in mind. Therefore, they’re often loaded with sodium, seasonings, and preservatives; ingredients fine for human consumption, but not for cats.

While a small bite shouldn’t do much damage (we get it, you love to spoil your fur baby!), a large quantity could lead to more issues.

If it is truly just dried beef, then technically it can be safe for cats. But you still want to make sure your give your cats enough water because they are not getting ANY water from the food they are eating.

However! There are, in fact, some manufacturers who make beef jerky for cats. As a rule of thumb, it’s best to stick to treats made specifically for felines!

So beef jerky is bad. But what about slim jims?

It’s best to avoid giving your cat a bite of your Slim Jim! Many cat owners may think that since this type of beef jerky is softer, it’s safer to give to a cat.

However, due to many of the ingredients in Slim Jims, it’s still better not to give any to your cat! These snacks are still loaded with sodium, preservatives, fats, and other seasonings that could be toxic to your kitty.

If you really want to give your cat some treats, stick with small bits of fresh, unseasoned chicken or turkey.

What Ingredients In Beef Jerky Are Bad For Cats

So beef jerky is “bad” for cats. But what makes it bad for cats?

Truthfully, there are a handful of ingredients in beef jerky that are bad for cats. For starters, beef jerky manufacturers load the snack with sodium to best preserve. (SURPRISE! We have only mentioned it like ten times in the article).

While preservatives and sodium are okay for human consumption, cats’ digestive systems are built to handle them.

In addition to ingredients created for long shelf life, beef jerky also have various flavors and seasonings unhealthy for cats. For example, garlic; even if the jerky isn’t specifically garlic-flavored, manufacturers often sprinkle it in for an added taste. Garlic is tasty for humans but toxic for felines!

Can Cats Choke On Beef Jerky

If you are like me, then you know your cats are delicate little creatures. And when they are eating human food, I always have to cut it up into tiny pieces. However, if you are cat is not like that and just devores food, then you need to be careful

If given too much, cats can easily choke on a piece of beef jerky. The rubbery consistency is unlike that of traditional cat foods and treats; therefore, if a cat gets too big of a piece, they might not be able to chew it as well as they thought they could. And with such a foreign texture, they may think it’s chewed thoroughly enough and pre-emptively swallow it.

Because this type of food is thick, tough, and unforgiving, it can be fatal if it gets lodged into your kitty’s throat!

Though it’s tempting to want to share one of your favorite snacks with your cat, it’s best to leave beef jerky out of the picture! Even a piece you think is small enough might still be too big for Kitty’s tiny mouth and throat.

Again, stick to treats and snacks made specifically for cats!

While a little bit of beef jerky is not bad for your cats, in large portions it can be toxic.

This popular snack was created with humans in mind, not felines. It’s incredibly high in sodium (which is what keeps it so sustainable!); while human bodies can handle such large amounts of salt, cat bodies generally aren’t built for that. And are quite smaller in size than humans!

Consuming such a mass quantity of sodium could upset your pretty kitty’s stomach – or worse, give them sodium poisoning.

The initial stages of sodium poisoning lead to extreme dehydration; it can cause fluid buildup in the legs, leading to unbalance. In severe cases, sodium poisoning could lead to permanent kidney damage.

So, in general, it’s best to stick to traditional cat treats for your pretty kitties.