Can You Feed Cats Bacon? 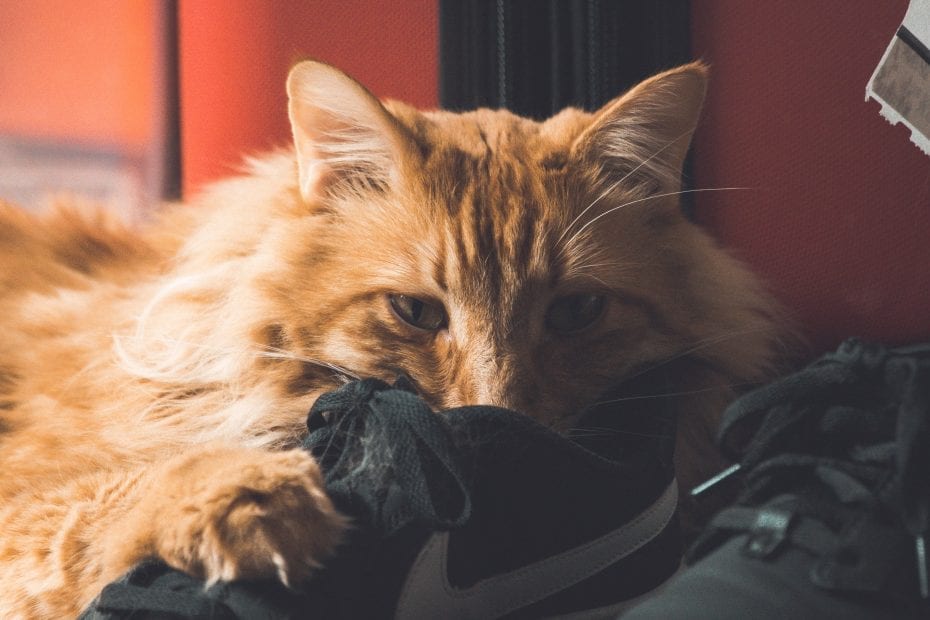 You may have read my most recent article, can cats eat honey?

It had a lot of surprising information that I did not think about when it comes to cat food. That led me down another path as I was eating my breakfast this week. What about eggs? What about bacon?! Can you feed cats bacon?! Those have to be feline friendly, right?!

It also led me to ask, Can cats eat raw bacon? They are carnivores, and are known to like raw meat. So, it should be okay for a cat to eat raw bacon, right? Let’s dive more into this.

Is Bacon Safe For Cats?

Just like with the honey, let’s talk about safety first. Is Bacon, even cooked bacon, toxic to cats? In the very technical sense. Yes, bacon is ok for cats in a purely toxicity standpoint. Your cat will not die from eating bacon, especially if it just an occasional treat and in small doses. 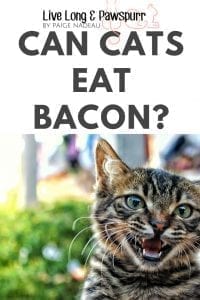 I would, however, recommend that you only feed your kitty a small piece of bacon.

But to answer the very basic question Can a cat eat raw bacon? In small doses, on rare occasions.

Maybe a maximum of ten times a year? Maybe ten times every two years, if we are trying to put a number to it.

Can I Feed My Cats Raw Bacon?

So, in the very bottom level sense of the question, Is bacon harmful to cats? Or can you feed cats cooked bacon?

Technically you can. But the reasons why it is only recommended in small portions is because of what this processed meat consists of.

Bacon is filled with a lot of sodium and fats that can cause strains on your kitty’s health.

But cats are carnivores. And bacon is meat. So why can’t cats eat bacon like any other meat substance? This is mainly because of what is in the bacon.

Most indoor cats are not nearly as active as wild, outdoor cats. They don’t really have to “hunt” for their food. This means that the fat they consume from bacon is not burned as easily.

Like their fellow cat owners, too much bacon can cause a lot of damage on their organs. Especially for an indoor only kitty who mainly sleeps through the day.

A healthy alternative that humans love to try is turkey bacon.

If regular bacon is too high in face, can cats have turkey bacon instead? In all honesty, I would probably rank them fairly close to one another.

Turkey bacon still have a large amount of sodium and fat that can cause our kitties to become overweight and put more stress on their hearts. If you really want to feed your animals a treat, let it be the real thing.

Don’t cheat them out with turkey bacon when it has the same issues as regular bacon.

Can Cats Eat Bacon as a Treat?

So right now you are probably annoyed with me.

Yes, bacon flavored treats are often a high seller for cat owners. The biggest difference is in the wording. There is a difference when it comes to your cats health between bacon, and bacon-flavored things.

These treats probably do not contain bacon, or if they are it is small amounts. All this does it provide flavors that cats tend to like to make them enjoy eating it. I like to think of cat treats as protein bars. You’ve seen the cake flavored protein bars.

Protein bars are often not the epitome of health, but they are certainly much better for you than if you were to eat cake straight.

Is Bacon Bad for Cats?

To wrap things up, do we think bacon is bad for cats? It’s not technically “bad” for them. I would definitely not consider it good, or healthy, for cats. I know you want to feed your cats diets heavy in meat.

Let your cat’s carnivore side come up, just not with bacon.

If you notice in a lot of the cat food they tend to stick to red meat diets, turkey, and chicken.

If you want to feed your cat protein, stick to those. Bacon is high in fat and can cause your cat to gain unnecessary weight.

So, can you feed cats bacon?

Just like in humans, bacon is best in small doses.

But don’t stress too much if your kitty steals some raw bacon off your place. Or even cooked bacon.

Every once in a while, it is not harmful for your cats at all! 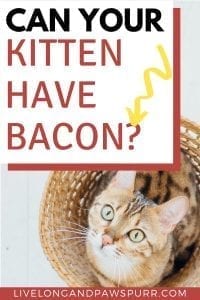 1 thought on “Can You Feed Cats Bacon?”