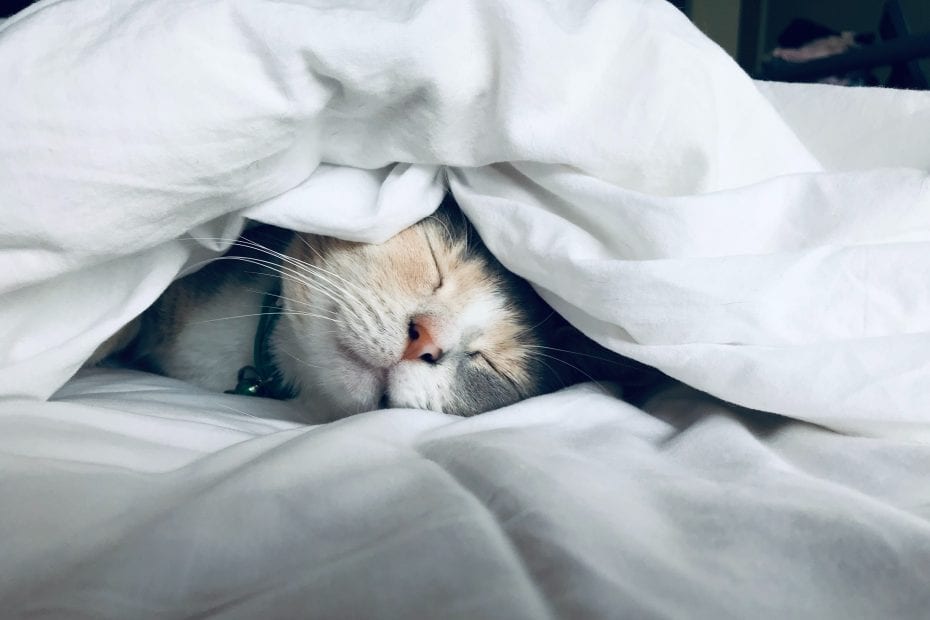 Do Cats Dream? The most common things that cats do is sleep. I have three sleeping cats around me as I am writing this.

If they are the mood for a cat nap, your kitty will plop down wherever they pleases, such as on your lap (or laptop, if they wants your attention) or a cozy spot in the sun. Your cat depends on these quick snoozes to re-energize and regroup for another round of feeding and playtime.

In fact, most cats sleep between 15-18 hours a day. And like when we sleep, there is a very good chance your cat is also dreaming.

While we will never truly know if cats can dream because we can’t ask them, sleep researchers have done some digging.

Which means, like humans, cats lose muscle strength during REM to prevent them from acting out a dream.

Many cat parents have noticed your sleeping kitty twitching and moving their paws while they are knocked out.

The experts say your cat is experiencing REM sleep, the deeper sleep when dreams occur.

There was also a study done in the 1960s on cats that revealed cats demonstrated hunting-like behavior while they were sleeping. Some would arch theirs backs and move their legs as though they were hunting prey.

From that, scientists concluded those group of cats dreamed about being on the hunt. 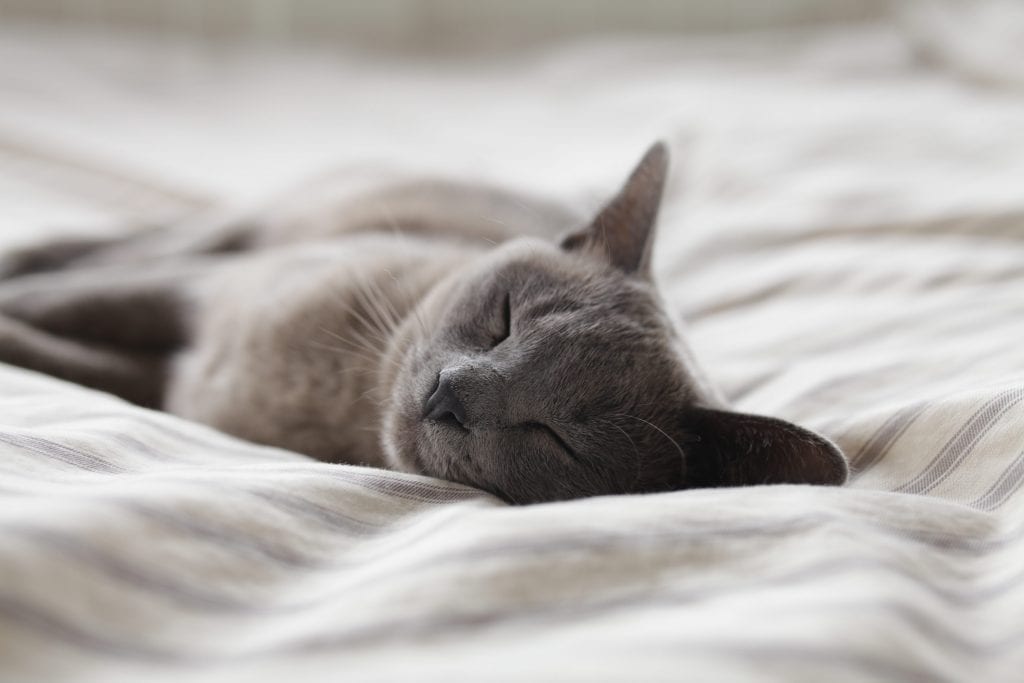 Why Do Cats Make Sounds While Sleeping?

Since there have been multiple studies about cats and dreaming, and the theory is that cats do actually dream, why do they make sounds while they “dream”?

When pet parents get to know the napping habits of their furry friends, they discover pretty quickly that kitties are not always quiet creatures while in a deep sleep. While their cats are sleeping, not only will they twitch and stretch, they can also snore and emit odd noises while in dreamland.

They usually make sounds similarly to how humans can sometimes mumble in their sleep. It’s completely normal, and unique to each cat.

What do cats dream about?

It’s pretty much impossible to identify the content of a cat’s dream since we can’t directly communicate with our feline friends.

Many researchers have pointed out that we barely know what cats are thinking while they’re awake, let alone when they’re dreaming.

The thought is that cats dream similarly to what humans dream about, things that are going on in their lives.

Perhaps your cat dreams about what food they’ll be having for dinner, or that they are chasing a favorite toy, or maybe even dreaming of their favorite thing of all: you! You are one

Researchers suspect cats dream about their experiences throughout the day, and that includes their interactions with you. If they have a bad experience, your cat could very well have a nightmare about the negative events of the day and react with meowing, hissing, or sporadic movements while sleeping.

When Phoebe was stuck outside for a night, I noticed she had a lot more “nightmares” than normal. Which broke my heart, because I know she was scared from her adventures.

Which leads into the next question:

Should You Wake Your Cat During A Nightmare?

There are a lot of differing opinions about waking up a cat, especially if they are having a nightmare. Some say, if you wake your cake from their bad dream they could scratch and bite you.

I personally wake my cats when I feel like they are having a bad dream. I don’t want them to suffer in the bad dream! When I wake my kitties up from a bad dream, they normally seem scared. But then after a few seconds, they come curling up to me purring. So for me, that makes it worth waking them up from a nightmare.

>> Spoil Your Sleepy Kitty With This Awesome Cat Bed

Do cats dream in color?

So for people who are very curious about how their cats dream, here are some interesting facts. While scientists can’t be wholly certain whether cats dream in color, the assumptions is that cats dream similarly to how cats see color when they are awake.

I will let you read up on how cats see color, but let’s just say…cat’s definitely see (and dream) in more than just black and white.

Why do cats dream?

Why do dreams occur? This is like asking why humans dream. Like humans, dreaming lets them process certain events of the day and categorize them properly in their brains.

If there was a place they were dying to explore but you wouldn’t open the door, or if the food tasted soooo good and then it ran out, your cat is just processing the day. It is like humans, when we are thinking a lot about something, and then it appears in our dreams. (Mine are usually games on my phone which is embarrassing).

So the next time you see your snoozing cat caught up in what appears to be dreamtime, sit back and watch their movements. Maybe you can figure out what they’re dreaming about.