How I Found My First Cat 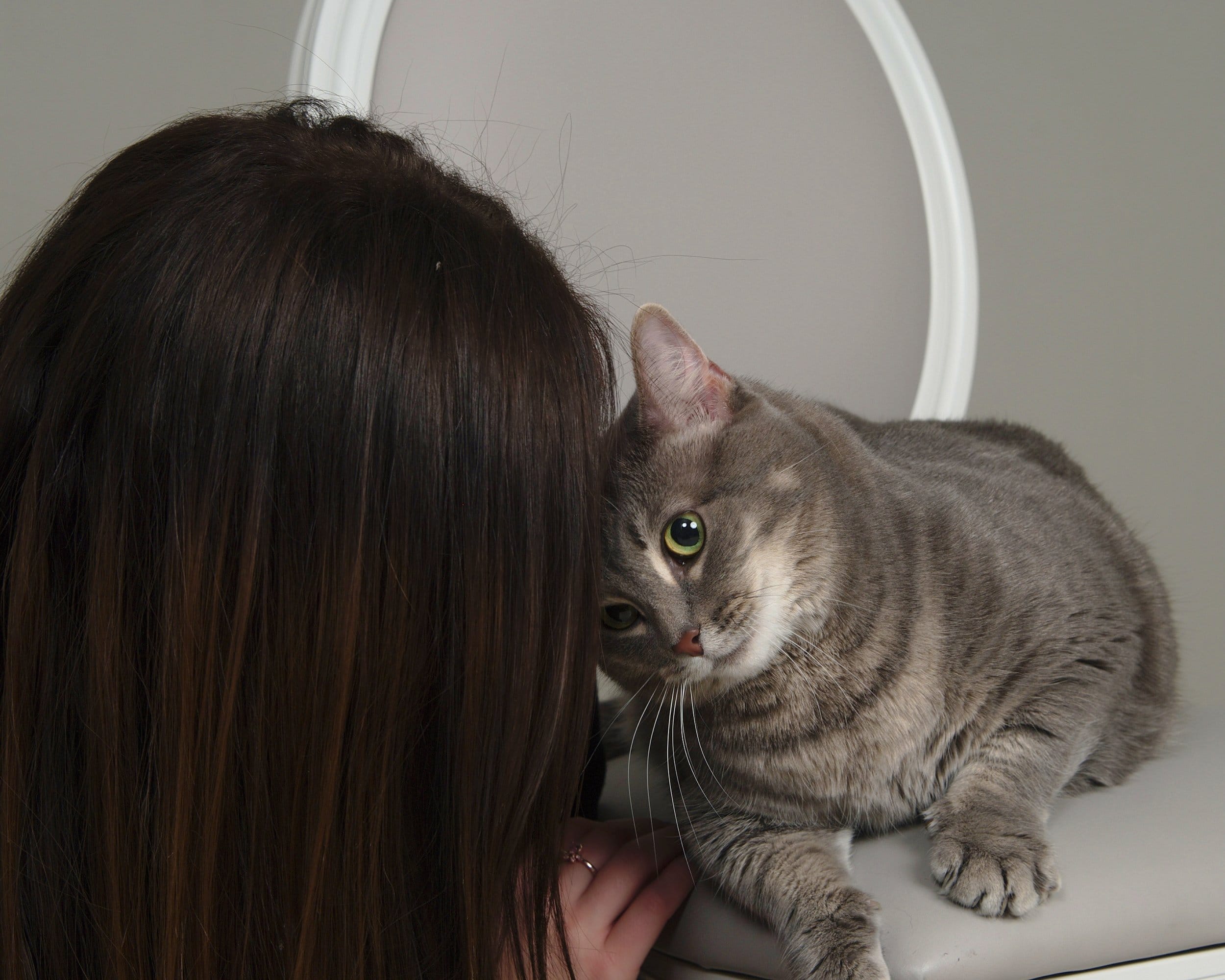 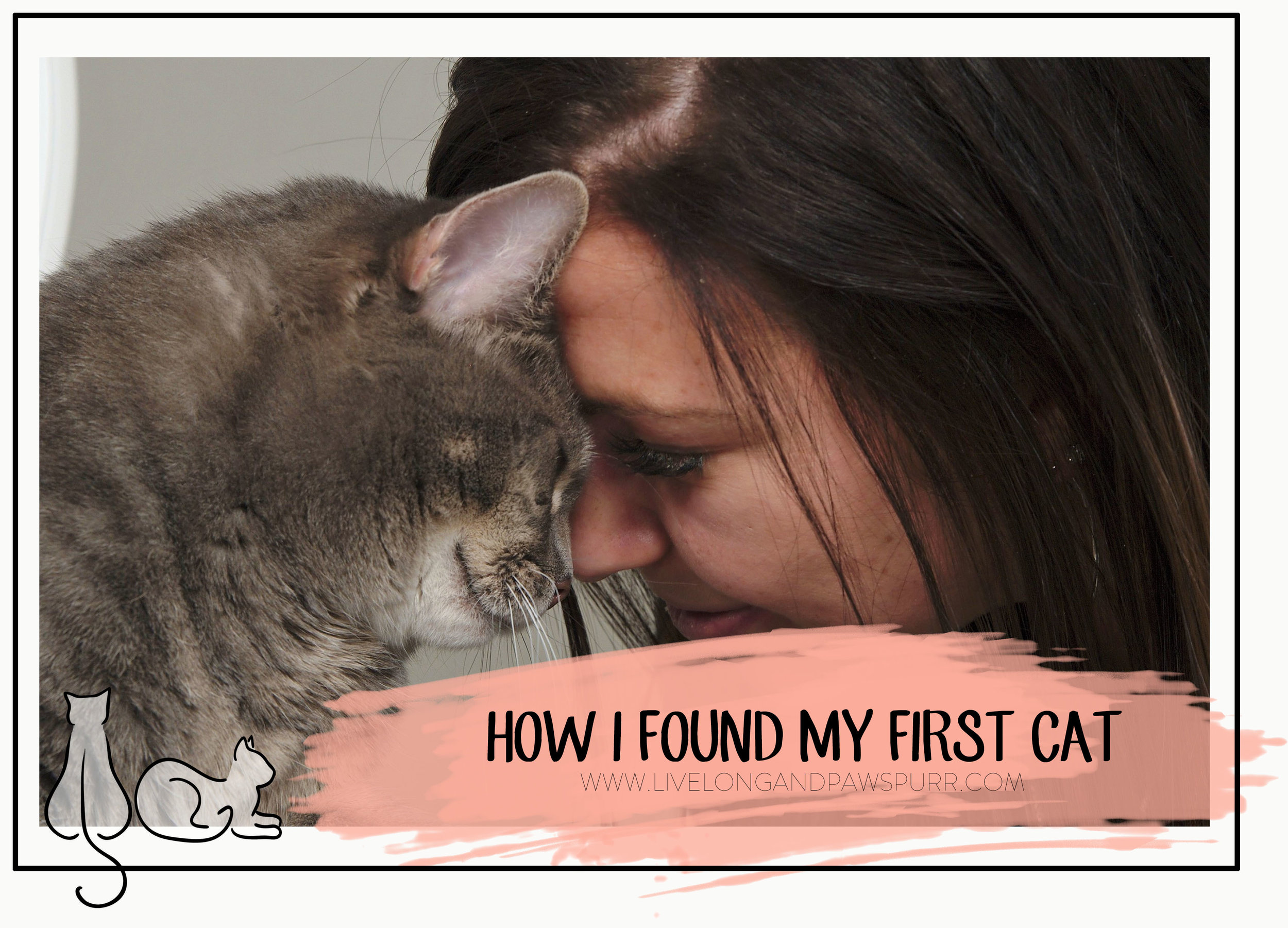 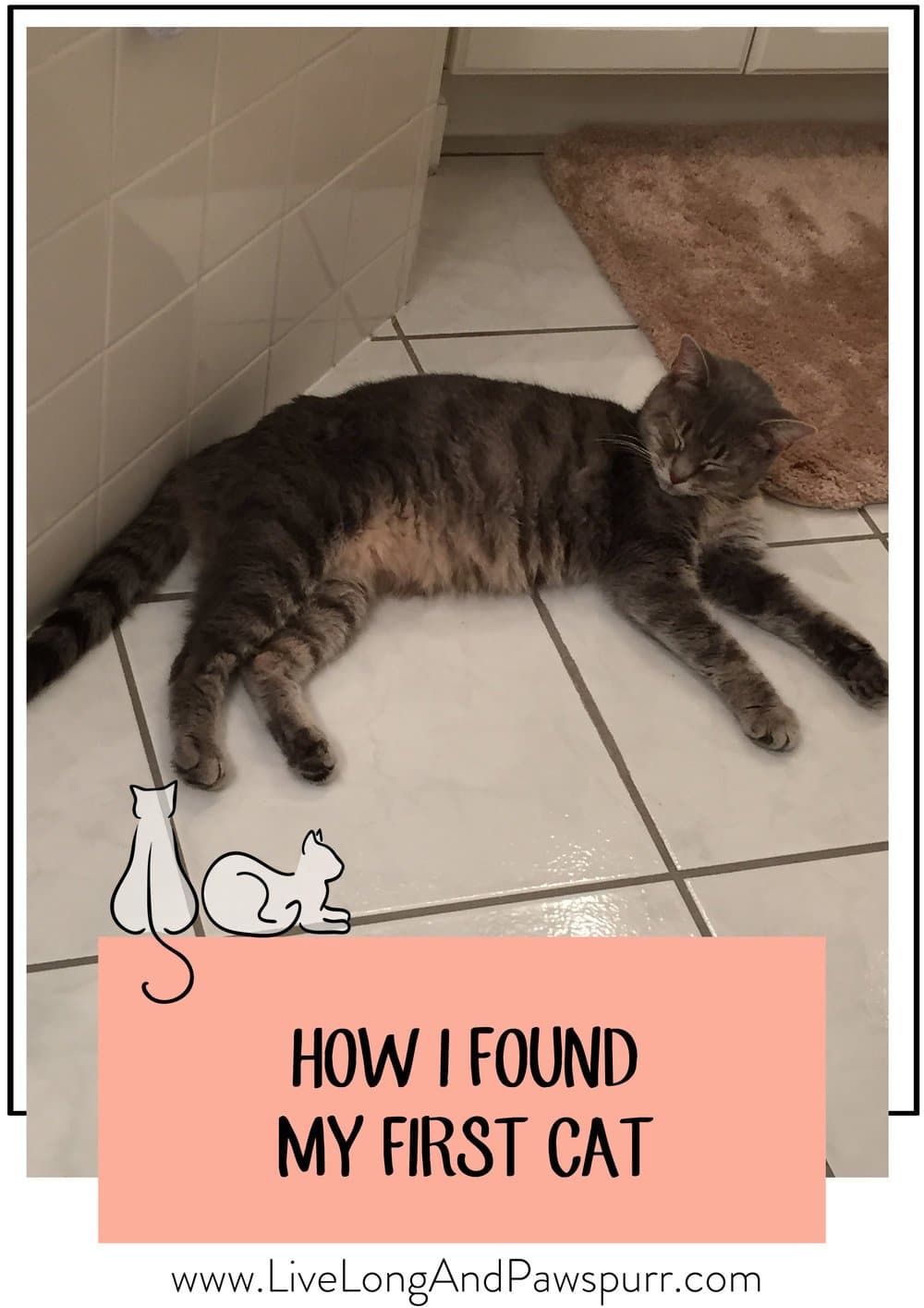 You’ve heard about who I am and what the goal is for Live Long and Pawspurr. But what about the most important part that makes this blog what we all really came here for?! The animals! Of course! Throughout my years I have had every pet ranging from dogs to hamsters to guinea pigs to cats. (Even some bunnies in there as well). Most of those pets were family pets that were helped a lot from my parents.

What about the pets you have now? I’m sure you are all asking. Well excellent question! I have two adorable cats, and my parents have both a cat and a dog. (We will touch on the family pets later). My cats are Phoebe and Wobbles and in order to really shine a light on why animals are so important to me, I want to tell their stories. 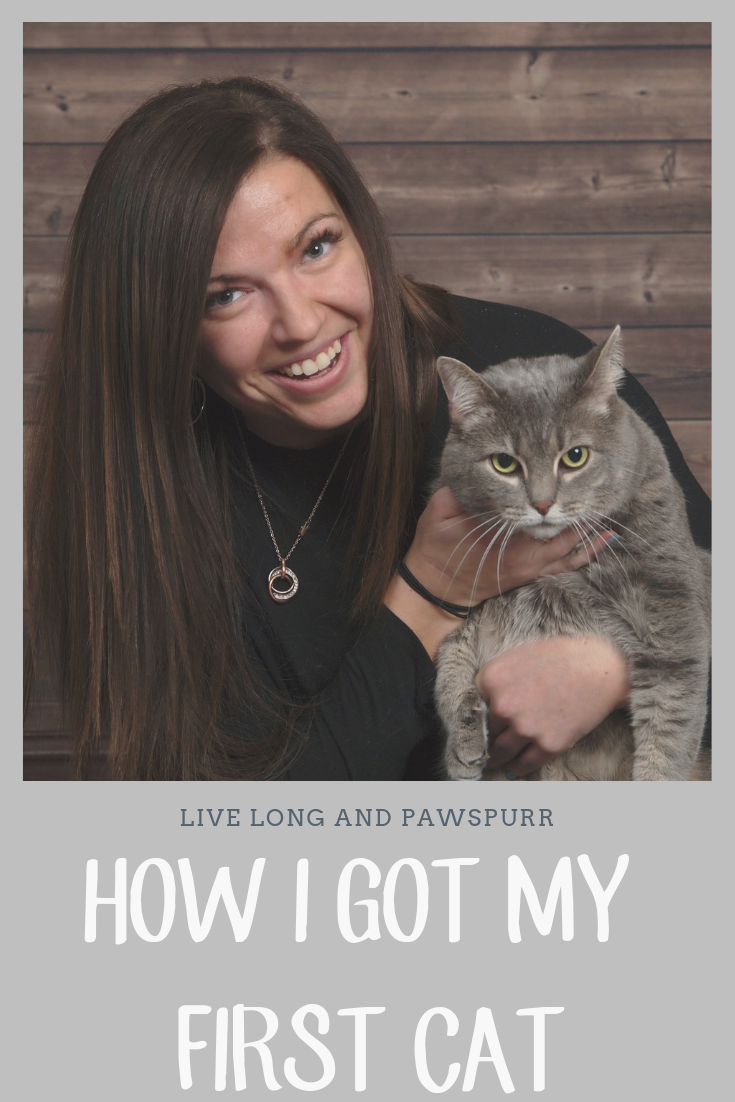 Let’s start with Phoebe. Phoebe turned 4 on November 16, 2018. While, I was not lucky enough to be with Phoebe from the start of her life, we have been able to still enjoy every moment thus far, with the expectation of many, many more years to come.  Phoebe is a grey American Shorthair cat who loves snuggling, sleeping, and anything involving laziness. (Think a little like Garfield only without the lasagna cravings).

How Phoebe Came Into My Life

The story of how I was able to become Phoebe’s mom is an interesting one to say the least. I was in Denver, Colorado visiting a friend when on my last day visiting I received a call from my mother. It was a chilly November day and Ohio was frigid as ever. She told me my grandfather had found a cat on his back porch. He knew he (yes, at the time we thought Phoebe was a boy) was a not feral cat as “he” was very friendly and wanting to be petted and loved.

My grandfather was convinced that this cat had gotten lost or wandered from its home so tried walking it down the street, across the background…he even tried to ditch this poor cat in the attempt that it would find it’s way home. But guess what, no matter what this cat came right back to his porch.

I remember my grandfather telling my mom that the cat had to have been dumped because when he took “him” to the vet he was starving, had fleas, ear mites and an upper respiratory infection. All this time my family had been posting wildly on all local sites letting our town know that a cat had been found.

To no avail, no one was willingly to claim this cat. That night, mind you the night before I was set to fly back to my hometown, my grandfather had kindly let this cat stay inside. I find it important to point out at this point in the story that my grandfather is allergic to cats. Still, his love for animals trumped his fear of sneezing to ensure this cat was not let out in the cold for another night. Unfortunately, the next day he knew this could not be a permanent living situation as he was having a hard time breathing. (This cat had decided to cuddle up very closely to him during the night in an attempt for some additional human contact).

>>Hear Wobbles Story: Adding A Cat to the Family 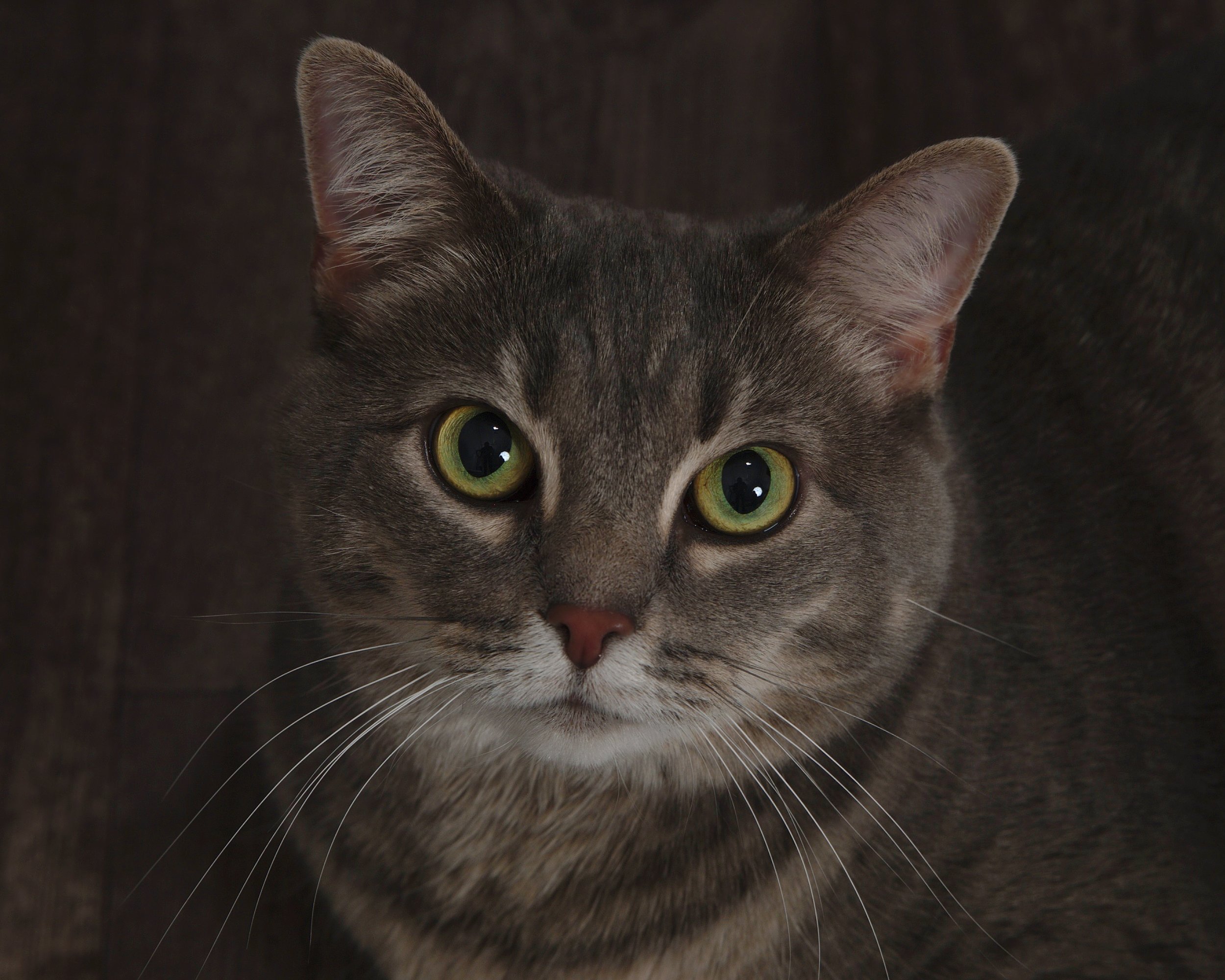 So the next day, my grandfather decided to allow the cat to simply stay in the garage. It was warmed than outside, and did not bother his allergies nearly as badly. This was also the time that I was driving back to my parents’ house after flying home from Denver. I vividly remember my mom asking my brother to go help my grandfather get the cat settled as I was getting ready to return to my apartment the next few days.

I remember my brother calling the home phone to tell us how cute and loving this cat was and how badly he wanted to keep it, not let it go to a shelter! And that’s when I jumped it. ‘Let me go grab the cat! I’ll take it to the vet tomorrow, get the poor guy some medicine and it can be my cat.’ My mom begrudgingly agreed to allow me to take the cat, but it had to stay in the garage until it had been examined by a vet as we already had a cat at the time that we didn’t want to get sick on accident.

So my brother and I took off once again to save this cat. Oh, “he” was so happy to be in the car. My uncle informed us that I was allowed to take the cat, only under the condition I kept his name the same. Brutus. (C’mon we’re from Ohio and major Ohio State Fans…kind of a given). My mom set up a litter box in the garage and I grabbed an old dog bed and an Ohio State blanket to help keep the cat warm. “He” was so scared he hid under the cars for a solid amount of time. Only emerging for food, water and eventually the litter box.

This poor cat’s digestive system had to have been so messed up because when it was into the litter box. PHEW! It was not roses and daisies. And you could tell the poor cat was in pain too. My mom was concerned the cat had worms or even worse something that could not be fixed in cats. I kept my mind positive, knowing that this cat was going to come home with me. Eventually, “he” came up onto the bed and snuggled into the Ohio State blanket. The sick kitty let me pet him and rub him and purred constantly until I had to go inside to get a couple hours of sleep against my will.

The next morning, I was back outside with the cat until the vet appointment came. I took this poor cat to the vet hoping to help make it feel better. I was ready to spend any amount of money needed to save the animal, but that was only if it was still at the point of being saved. My stomach in knots, we sat in the exam room as the doctor did what he needed to run tests. A little while later he came back in to inform me that while Brutus is an adorable name, the cat was a girl and about a year old.. (Yay I can start saying she again). The vet also informed me that the cat did in fact have ear mites and an upper respiratory infection, both of which were easily treatable and non-contagious in about a day (same the goes for humans). They gave this girl her shots and ear mites treatment and gave me back a very hopefully future for this kitty. 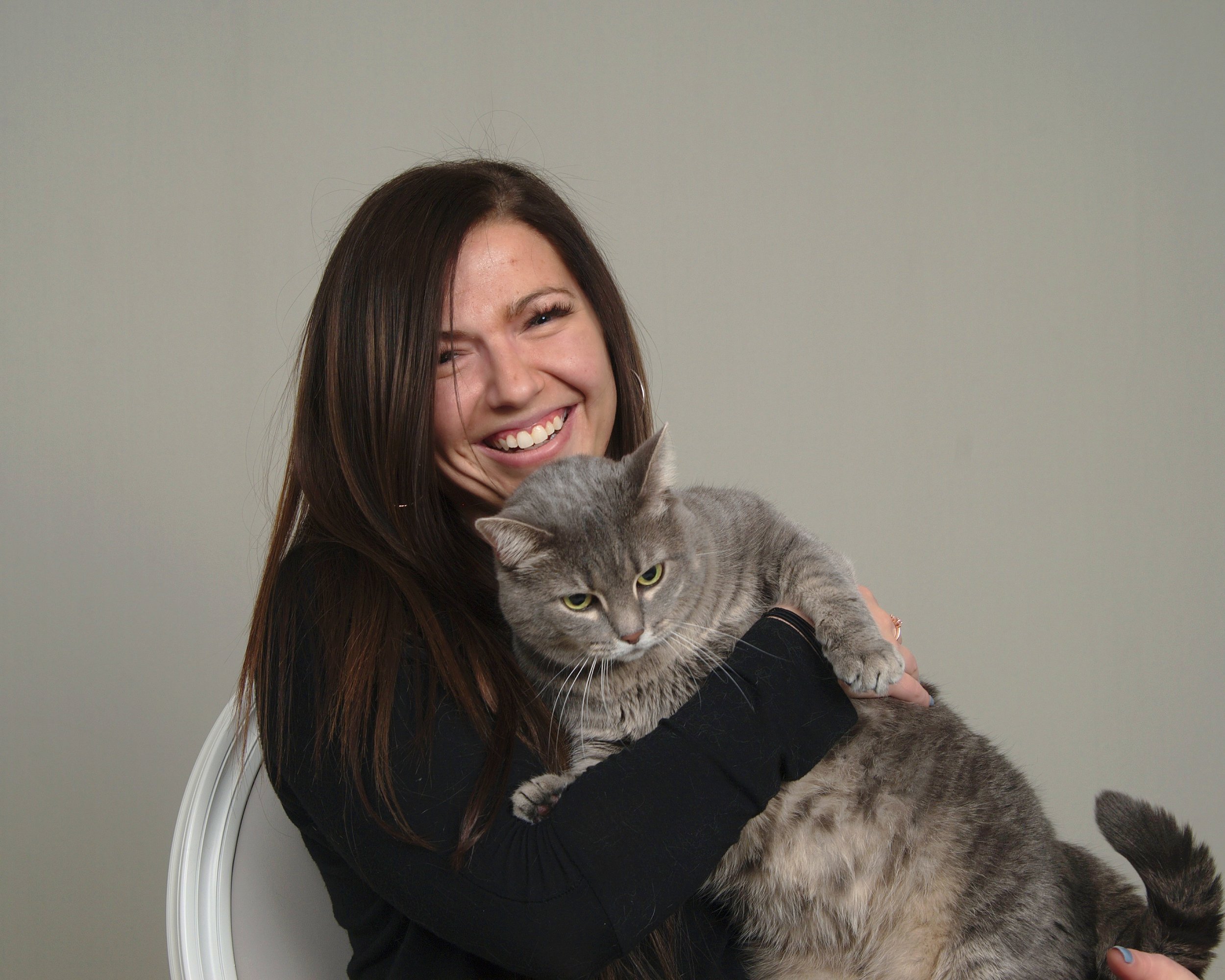 Beyond excited I convinced my mom to allow this cat to come inside from time to time and stay in our bathroom away from the other cat. Our next task was to determine a new name for this smelly, loveable creature. I had a number of names that were floating in my head but none really stuck with me. I wanted something meaningful. I remember something that stuck out to me. Sitting in the living room I asked my mom what I was going to name this horribly smelly cat.

I cannot remember who, but one of us started singing the song from the popular 90’s show Friends, ‘Smelly cat, smelly cat, what are they feeding you?’ We laughed and then I realized, I needed to name her after the creator of this song. Phoebe, from Friends. We all loved it and I got in my car, ready to spend the rest of our lives together. Momma and Phoebe.

The Rest of Our Lives 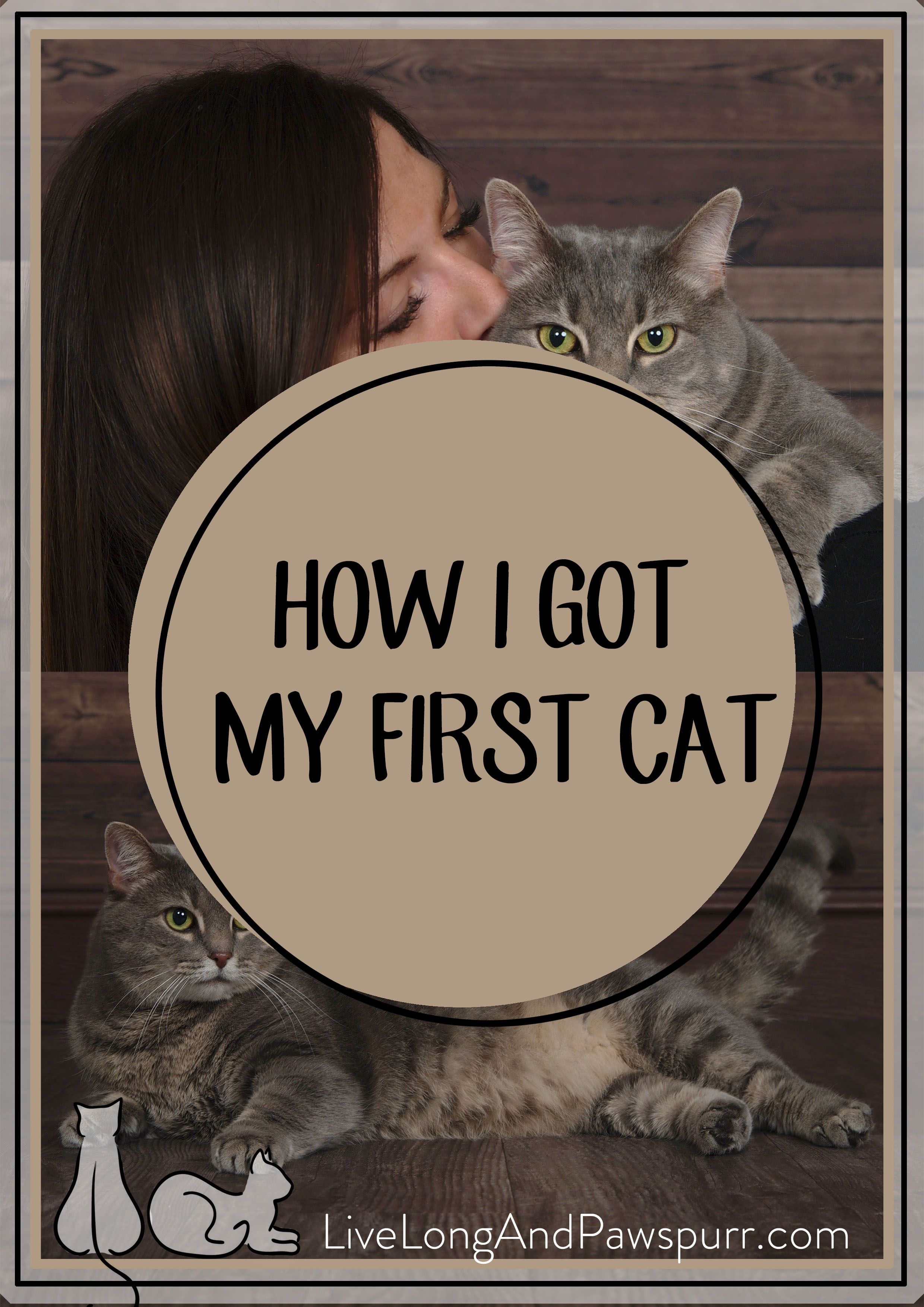 Once we arrived home, we had a few minor hurdles to overcome. However, she adapted to every circumstance we have faced. The vet said there was a large possibility that in her time outside, she sustained some neurological damage which is evident at time. Our biggest hurdle has been “Grandma’s house” (yes, my parent’s house). My parents got a dog about a year after Phoebe was found. This puppy is hyper and has issues with personal space. Phoebe’s fear when she enters a strange place is apparent. We arrive at my parents’ house and I put Phoebe into my room.

The puppy comes running in and scares Phoebe. What’s her reaction? To hiss, of course. And that became her staple anytime anyone came too close. Phoebe goes from the lovable snuggling cat to on edge hisser when she would go to my parents.

It broke my heart because I knew she was not having a good time. So, you may be asking, what changed? Or is she still like that? Well, she still has her moments. But overall, she has gotten significantly better! What has really helped her surprisingly is her sister Wobbles. With Wobbles there she has another constant for her in the house, and almost like a backup in case of any danger. She loves having Wobbles there to run around with and play with at night. Funny how things end up working out.

Talking A Walk Down Memory Lane

It’s been three years now but I still remember that first year like it was last year. I remember the first time Phoebe decided to sleep in between my legs, and I also remember waking up multiple times throughout the night and shake her to ensure she was still alive because I was so scared of this poor creature not making through the night.

She’s become my best friend, my confidant, and one of the hardest thing for me to leave every day. Our bond was instant and she was one of the easiest cats to acclimate with. Her history with humans has allowed her to keep a calm attitude around humans, and her memory of being ditched has made her a much more thankful pet. There are very few cats who you can carry around, and even put down without a leash knowing that she will not run away. Don’t get me wrong, she likes to wander, but she never lets herself get out of sight from me. That is one of the biggest benefits I see about her past. It breaks my heart knowing she was suffering, but it led her to me. And I like to think I spoil her enough to make up for the difference. Three years later and Phoebe now has a sister, Wobbles who she loves dearly, but still sleeps in between my legs. I will never forget how lucky we were that she chose his porch to walk up on that day. 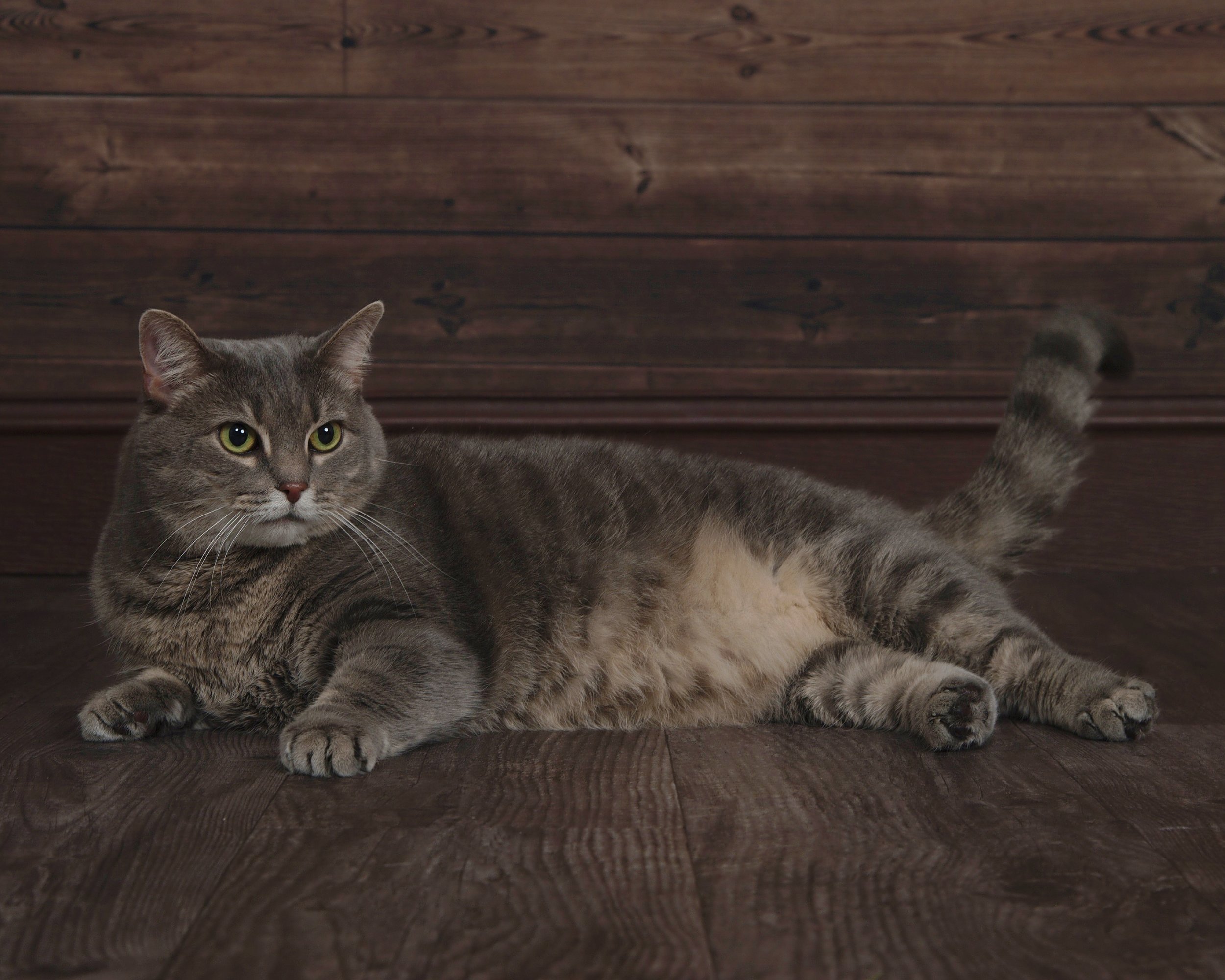