Understanding The Signs of Kitten Aggression 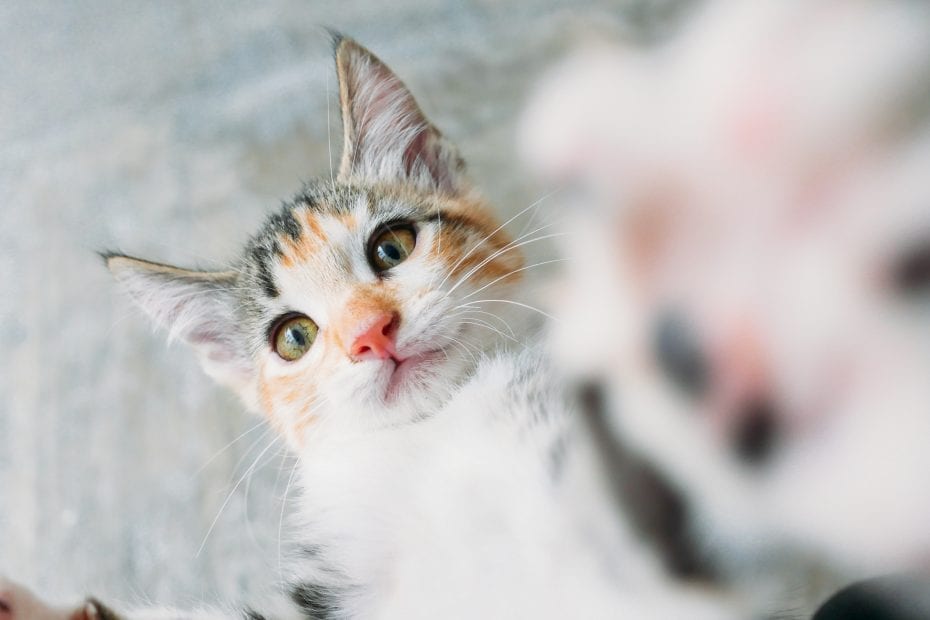 Why Is My Kitten Attacking Me? If you have just adopted a kitten, chances are you are loving on them, and bonding with them. You are making sure they are getting plenty of food, water, and playtime with their toys. You may also be starting to notice your kitten is attacking you! Whether it be your hand, your face, or your feet. And while it is cute right now, it is important to understand the causes of kitten aggression.

Cat (and kitten) attacks are either predatory or play aggression, and both behaviors may look identical.

These behaviors in cats range from minor to severe scratching and biting.

There are ways to address a kitten’s aggressive behavior, most of which require nothing more than a little extra attention from its owner and some proper training at a young age.

Why Are Do Kittens Attack Me?

Before we start trying to fix your little kitty attacking you. It is important to understand why your kitten is doing it in the first place.

Kittens naturally have a hunting and stalking instinct from their ancestors that are still prevalent in modern-day cats.

Usually, a cat sees something moving in a way that provokes the instinct to attack, meaning that the cat considers the object to either be a threat or prey. At a very young age, a lot of times kittens see this as either prey or playful prey that as they are learning their kills.

These objects can be anything from a hand to a foot, to the actual toys they should be playing with.  Either way, the cat is driven to use its claws and possibly its teeth to complete the attack.

>> You May Also Like: Why Does My Cat Bite My Nose? 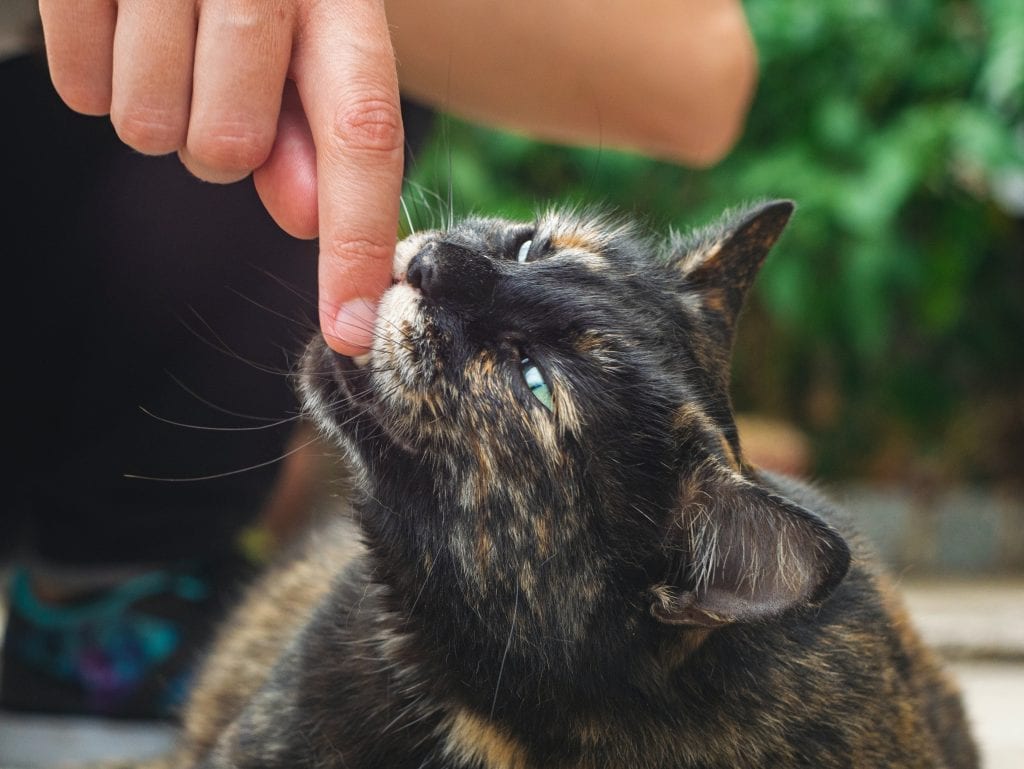 Why Are Kittens Aggressive?

If you cat is attacking not in a playful manner, then it is very likely that they are acting in an aggressive manner.

In kittens, most aggression is caused by fear or curiosity. This is something than can be trained out of kittens when they are young and allow them to be more confident in their environment.

In older cats, there may be other reasons for cat aggression and attacks, such as redirected aggression, or when a cat lashes out at its owner because it senses something is wrong. Cats coming from previous owners can also be triggered because on situations around them. If a cat was in a neglected home, than something simple such as a newspaper could cause the cat to act aggressively towards their new owner, even if they have had no negative interactions.

In kittens, it is common for them to protect their territory from what they perceive as threats. (Again, sometimes these threats are a simple as your foot a LITTLE to close. While this behavior may be normal at first, if it doesn’t subside within a few months, it may be time to take corrective action.

Is It Aggression or Playful?

As mentioned earlier, it can be hard to tell if your cat is playing with you or if it is truly on the attack. Both play aggression and predatory aggression include distinct body language:

However, there are a few things associated with aggression based behavior that are unique from playful behavior. If your cat does not follow you after they “attack” or if they don’t go back to their loving selves after a minute, then it could be an aggression trigger.

Most cats that are paired together at an early age learn to coexist peacefully, with the occasional disagreement.

Not surprisingly, cat owners are often the ones that are the targets of kittens’ aggression. This is especially common in single cat households, or cats who don’t live with other cats. Nearly any type of movement, from walking to picking up an object, triggers the behavior.

What begins as “play” can tip over into dangerous aggression, bites, and outright attacks when the kitten or cat becomes aroused. The hands and feet of pet owners are the most frequent targets. They can become overstimulated and really do some damage if they are not taught the proper way to play.

>> Keep Your Cat Stimulated and safe with an Automatic Laser Pointer

How to Stop Kitten Aggression

Playful biting and attack in kittens is often harmless and generally more annoying than painful. However, even if their attacks are just playful, it is important to stop the aggression early before they start to form bad habits.

If you want your kitten to truly stop this behavior from becoming a habit, you need to be patient and consistent with your training. This can take some time because cats are not social animals like dogs and don’t respond the same way to aversion therapy.

Prepare to be patient.

There are a number of ways you can encourage healthy, vigorous play in your kitten but avoid aggressive behavior that may result in injury.

Steps You Can Take