World’s Best sounds like a great title for pretty much any product. Today we will put that to the test in the review of the World’s Best Cat Litter. As in previous reviews, we look at certain categories and see how it performs compared to other litters. Arm & Hammer Platinum Clump & Seal is the go-to litter in our house so all reviews are compared to that one. Read below to see how it shapes up.

For a high-level overview of this litter and other recommended cat litters, along with my other top cat products see my post Cat Products to get on Amazon.

The World’s Best Cat Litter is pretty middle of the road when it comes to odor elimination and control so lets move on to the other categories to see if anything stands out. If odor control is your criteria for buying litter there are some other ones that would work better.

>> Spoil Your Cat With The Calming Cat Bed

The World’s Best Cat Litter is a lightweight litter and does a pretty good job of clumping. Again, this could be because of the lightweight nature of the litter but it is not as good as some of the other traditional litters at clumping. Don’t get me wrong, for a lightweight litter, this litter does a pretty good job of clumping. It does tend to break apart somewhat easily which can make the cleanup a bit unfinished leaving bits of clumped litter behind. Clumping ability is a key factor in choosing a litter for traditional litter boxes but it might be a better candidate for the Litter Robot (link) which cleans itself.

We again come back to the lightweight factor of this litter. Tracking can be an issue when the lighter, larger litter particles have more surface area and less weight to get stuck to cat’s paws or fur.

Tracking is not a huge factor in determining litter choice but if you are on the fence about a purchase it could be the deciding factor.

This is a lightweight litter which makes it very easy to carry and move around. It comes in vacuum sealed bags that are very easy to pick up. Unlike some litters which come in 20-lb to 40-lb bags, this litter is quite easy to manage. It is very easy to pour into litter boxes because it is lightweight but also because of the container it comes in. Because it is a bag, it is easy to cut and pour into any container you have. One of the bigger problems I have as a person with a Litter Robot is easily adding litter to the bowl.

This bag of litter makes it easy to stick the container into the Litter Robot to fill up the bowl without removing the hood. The World’s Best Cat Litter boasts an almost dust free formula and It really does keep the dust down. When poured, it does not have plumes of dust billowing out from the litter box and when scooping it does not have excess dust coming off the scoop.

Although not an ease of use feature, it has no harmful chemicals, not artificial perfumes or silica dust which can be harmful to cats. 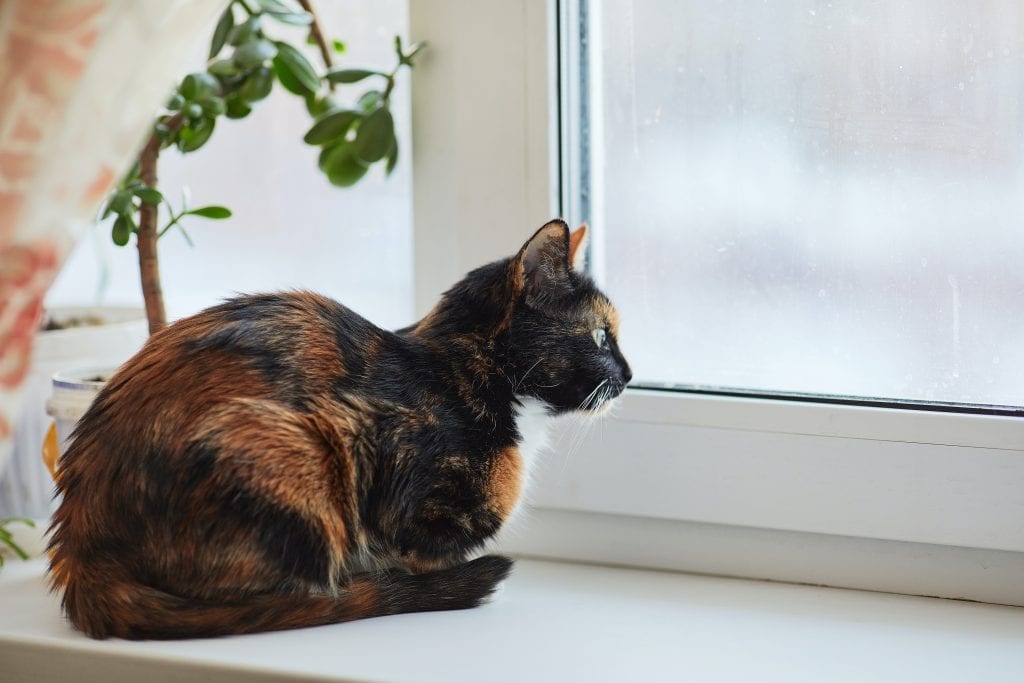 Most litter choices will come down to price for the quality of litter. The World’s Best Cat Litter is quite higher in price per pound than almost any other litter I have tried and reviewed. This may be a case where you are paying for the brand as it is the “World’s Best” but being so much higher in price it can be hard to justify buying it for your cat.

World’s Best Litter does last longer than most cat litters for some reason. The creators of Worlds Best claim that it lasts two times longer. So the added price can be offset by how often you need to buy litter.

Now comes the moment you all may have been waiting for. Depending on if you read the whole post or just skipped to the end. This litter has mediocre odor control, mediocre clumping ability, is high in price and tracks more than some other litters.

Does this mean you shouldn’t buy it? Not necessarily. This litter may not score well in odor control, clumping ability and price bi is by far not the worst. Other factors make up for its deficiencies. I last almost twice as long as most litters somehow.Safe for humans and cats  and is a naturally made cat litter.

This litter is flushable which most litters are not. It is made from whole-kernel corn which makes it lightweight and easy to move around and pour into litter boxes. While it may not live up to the World’s Best title in all the categories. But it is far from average and delivers quality in a different way than the traditional litters.